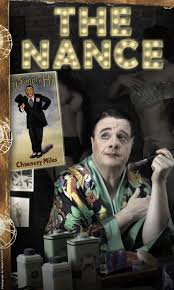 WOW! Douglas Carter Beane has really outdone himself this time. It’s as if this part was made for Nathan Lane! This beautiful and hilarious story tells of Chauncey Miles (Lane) and his love of men and burlesque. There is an emotional struggle that only Beane can walk you through. With amazing direction (Jack O’Brien) and an unbelievable set (John Lee Beatty) this is the play to see on Broadway!

This show is great for adults due to the subject matter.  I would consider bringing a high school class to see this after a historical discussion of burlesque.

moderate, while this is not a musical there is some music and dancing

not a musical but has a few songs

License this show     Buy The Script